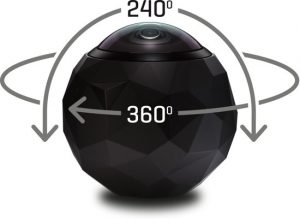 The following video is a flight in a Cessna 206 from a farm airstrip in the Karoo just west of Middleburg (Cape) to a nearby town called Graaff-Reinet to get some fuel (AVGAS) there. Have a look around and enjoy the stunning scenery.

Departure from a bushstrip in the Okavango Delta called Delta Airfield. The flight was in a Cessna 182 back to Maun and onwards to the Limpopo-Lipado Private Game Reserve on the border between Botswana and South Africa.

Landing on a private unpaved runway in the Kalahari Desert. The runway was just flattened and scraped by the farmer, but still not a landing strip we would include in group safaris. Great wildlife there in the Kalahari.

Visiting a local school in Swaziland. ...

Cheetah in the bush right next to the road in Kruger National Park.⠀
#airsafari #airsafaris #knp #krugernationalpark #africa #flying #bushflying ...

Flying over the Drakensberg mountains in South Africa. ...

A waterfall found on a flight along the wild coast flying from East London to Virginia near Durban alone in the Cessna 182 and while listening to The Rolling Stones through my Bose A20 headset.⠀
⠀
#cessna #cessna182 #safari #africa #airsafaris ...

Dancing with the locals in Nsoko, Swaziland. ...

15 0
Load More Follow on Instagram
We use cookies to ensure that we give you the best experience on our website. If you continue to use this site we will assume that you are happy with it.Ok