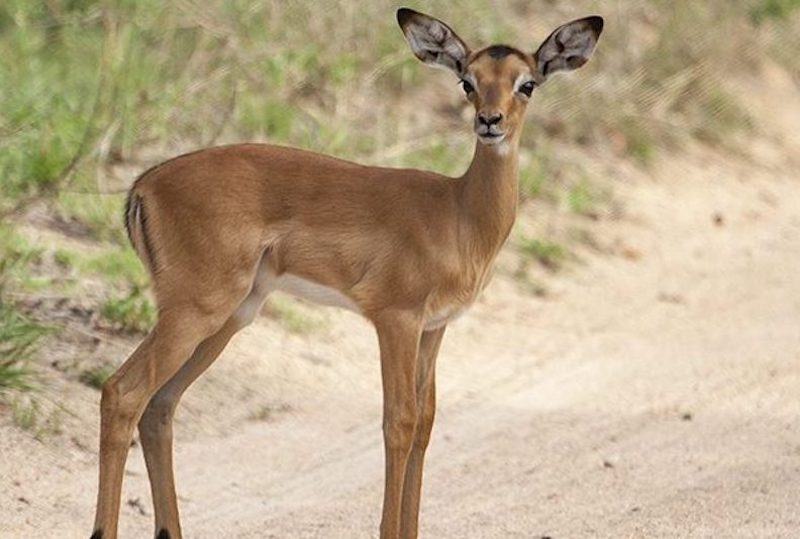 Only 2 weeks ago we witnessed the birth of an impala. What a privileged sighting we had! If you missed that blog, read it here.

As we know, life and death in the bush lie close together. We had experienced a quiet drive so far, as it was an overcast and windy morning. The animals tend to be more nervous in these conditions. Their hearing and sense of smell are hugely important to them in detecting danger. With these windy conditions, these two senses are impaired. Sounds are muffled by the noise of the wind, and smells are harder to pick up. 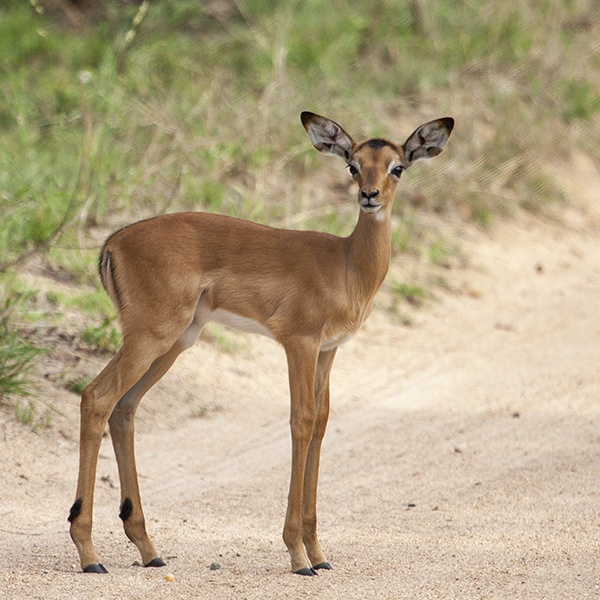 Although herbivores tend to be more skittish, predators, on the other hand, make use of these conditions. The female leopard we tracked down 2 weeks ago had been spotted in that same area. She was making the most of these conditions and in search of prey.

As impalas are the most abundant antelopes around, they make up a substantial part of the leopard’s diet. With all the impalas lambing within weeks from one another, there is plenty of prey to go round.

When we arrived on the scene, she was lying on top of a termite mound. This time not to relax as leopards often do, but to rest. Only minutes later, she caught an impala fawn. But interestingly, she did not start feeding off it. Normally, a fully-grown impala would take three days to finish and probably four more days before making another kill. But small fawns like these would not last her a half a day.

With the abundance of impala fawns in the early and vulnerable stage of their life, she took advantage of the situation and stowed her kill away. She was in search of yet another impala fawn. We followed her through the bush when all of a sudden she dropped to the ground. She had spotted yet another fawn!

A kill… sort of

The hunt was on, but the fawn was no match for this seasoned female. With the windy conditions, the lush vegetation, and her experience, it only took minutes. Some hunts might take hours without any success. She used the wind and cover from the vegetation to close the gap. A short sprint, the fawn noticed her way too late to react, and the hunt was over. The leopard carried the fawn under a bush, stashed it, and once again left her kill behind.

We watched this whole drama unfold before our eyes. It left us with a mixture of feelings. We felt excited, in awe, sad, impressed, humble… A mix of emotions hard to describe. 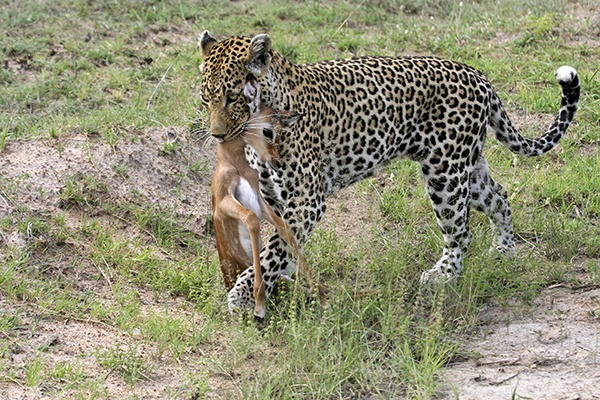 We took a couple of minutes to work through our own thoughts and feelings. I couldn’t help myself and hopped out of the vehicle to check the fawn. We found the fawn still breathing but unable to move. She was probably paralyzed from the neck down.

This too is something I hadn’t experienced before. A humbling experience it has been once again. And although we felt sad for the fawn, it provided life to the leopard. As without it, she would starve to death in just a couple of weeks.

Be amazed by nature. 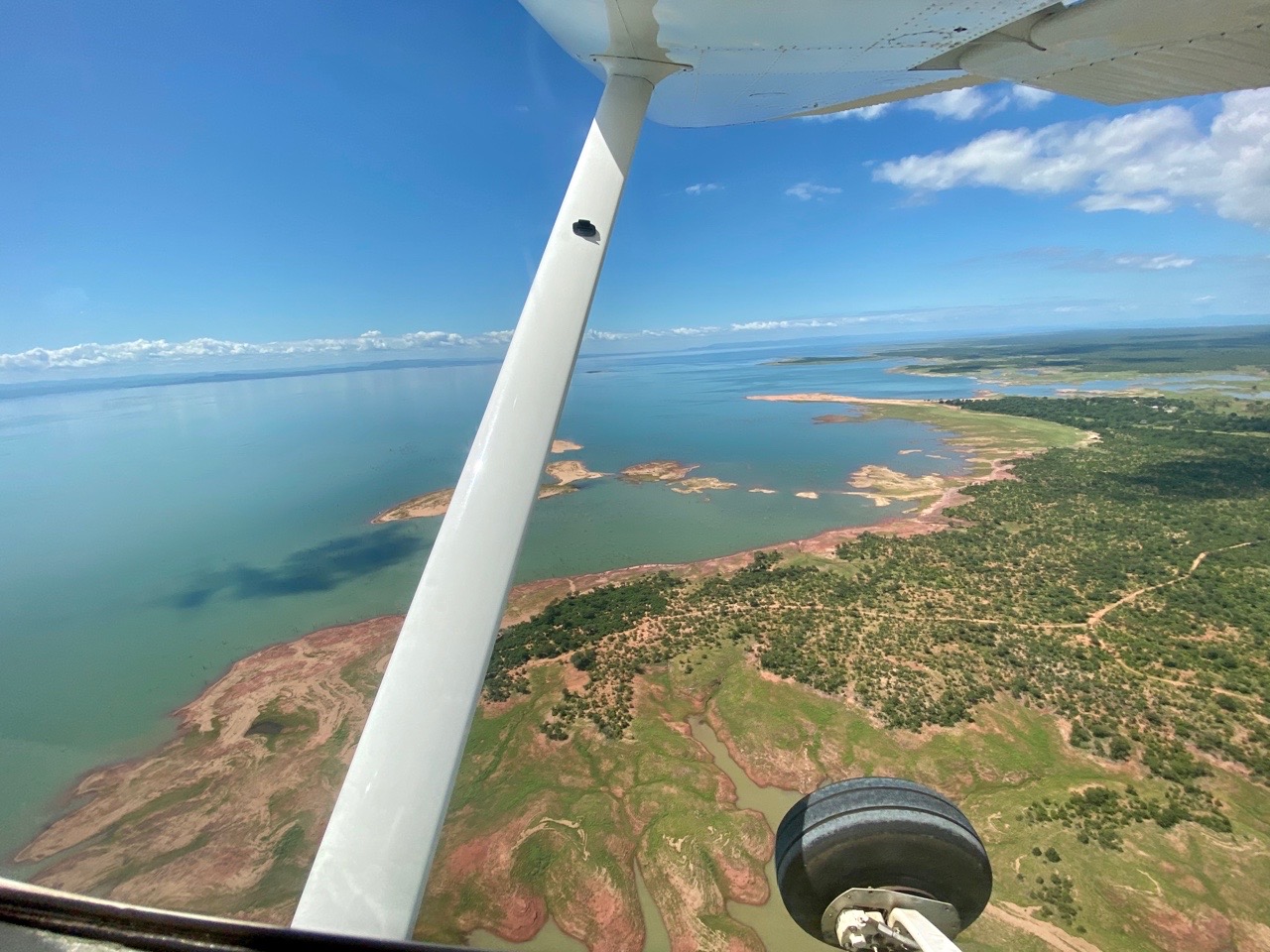 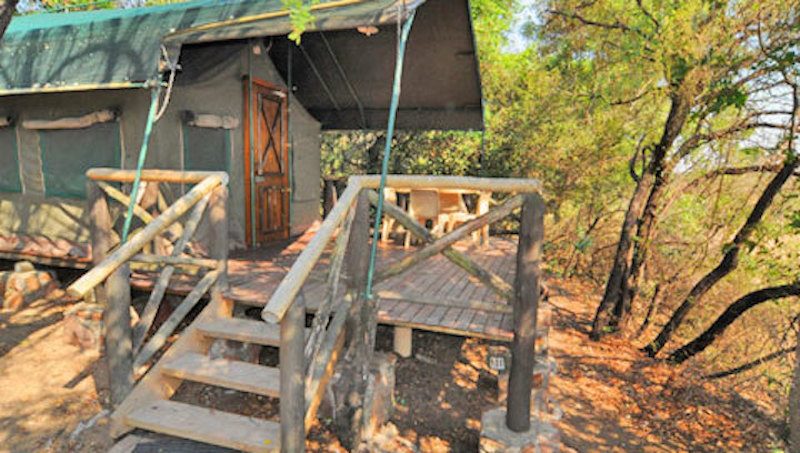